Well, Let’s Start Talking 2014 Belém is coming to a close.

Six weeks go by fast when you’re having fun.  Last night Sherry, The Fowlers, and I threw a final party.  The Torres’ Skyped in for a while and said hello to their readers and friends.  Then Sherry and I said a few words about each of our readers in attendance, and gave them each a certificate to commemorate their participation in the course.

There is something special about reading God’s word with people.  It can quickly build shared interests and facilitate important conversation.  On top of this, there is something special about the Brazilian people.  You find that they have truly become your wonderful friends in the course of a few weeks.  When you consider these two facts, it should not be surprising that the room was full of tears.

After Sherry and I related our anecdotes, compliments, and gratitude to each of our readers, they returned the favor by taking some time to talk about us.  Rarely in my life have I been showered with so much love and I appreciate their words.  And as readers told Sherry that she was like a mother to them, that she had a big heart, and that she made them feel closer to God by teaching them the truth from the Bible, I know her heart was overflowing.

But enough of the emotional stuff…

Here are some numbers that can give you a better idea of how the project went this year.

We had 4 volunteers including myself who came down for the project.  I put in 6 weeks, Tony and Tammie put in 3 weeks each, and Sherry put in 3 weeks.  That’s the equivalent of one person working 15 weeks.

During that time, we conducted approximately 223 reading sessions that lasted between 45 minutes and and hour.  I’d estimate it was about 200 hours of Bible reading.  In the process of that reading all of our readers improved their English, most them also enjoyed learning about and discussing the Bible, and a few have either visited us at church or signed up for additional study.

We ended up with 27 faithfully attending readers.

In addition to the reading sessions, we threw 6 parties.  The themes were: Soccer, American Pizza, Scavenger Hunt at the Docs, Building Party, American Independence Day, and our final Going Away party.  Our combined attendances from the parties reaches 175.  That’s an average of almost 30 people per party.

But of course, the numbers are simply one way of attempting to gauge something much more important…  The touching of the hearts of these wonderful people in Brazil, and their touching our hearts in return. 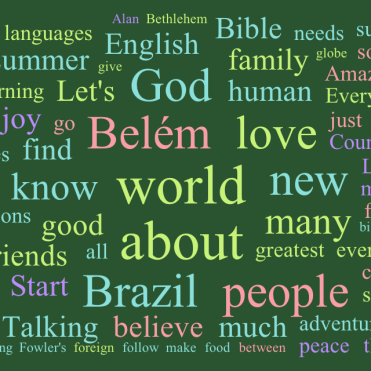 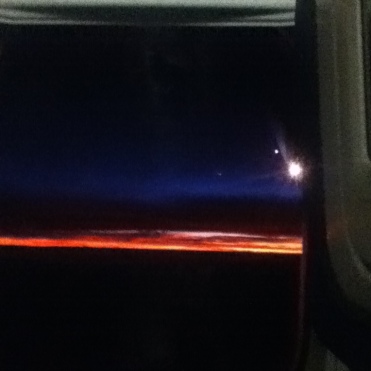 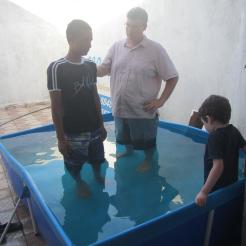 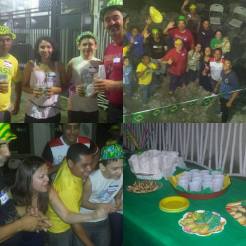 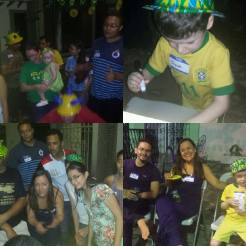